Below you can experience a selection of André’s various original compositions, ranging from classical to pop. 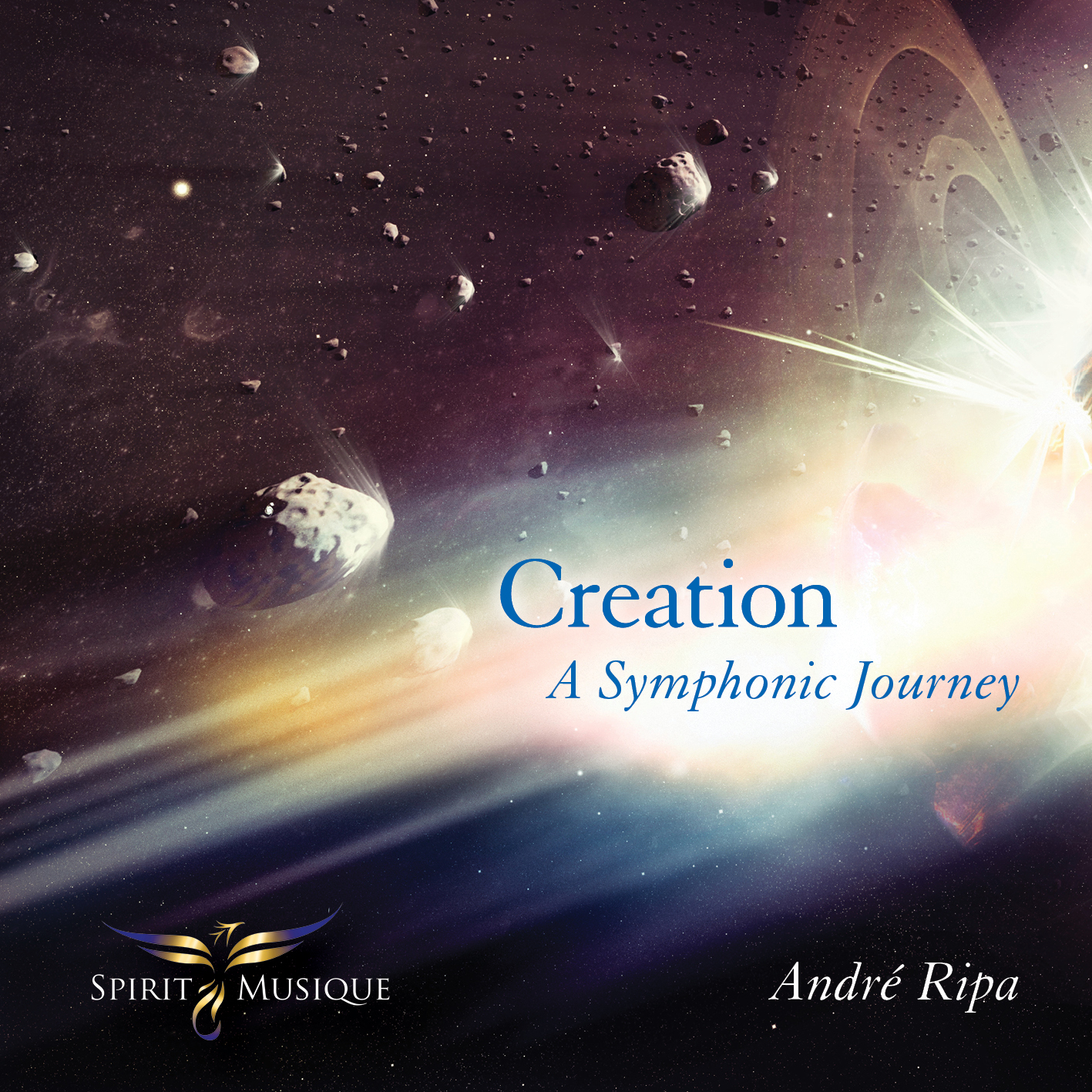 Creation celebrates a journey from the creation of the universe to the creation of new life, and the vibrant voyage in between. Creation was André’s first orchestral composition in 2012, and inspired him to compose more music in this style. Nearly a decade later, Chiara Mon Ange, a song evoked by the birth of his daughter in 2021, led to the album’s completion. Its musical progression invites the listener to plunge from the creation of the universe into the depths of the ocean, where dolphins guide them into mysteries of Egypt and the manifestation of The Great Pyramid. Rise Up, a song of rebirth, propels the listener toward a reunion of eternal souls and a celebration of discovering purpose and authenticity in one’s life, which ultimately and inevitably ends victoriously.

André was inspired to create the album Prayer for Humanity during the COVID-19 crisis. The collection of compositions carry a message of Love and Compassion for the world. Its title is inspired by the art of Lubosh Cech,”Night Prayer for Humanity”. André had the great pleasure to collaborate at distance with three talented musicians who bring beautiful additions to the piano: cellist Brianna Tam from North Carolina, guitarist Thomas Lyng Poulsen from the Netherlands, and duduk player Sean Pádraig from Austin, Texas. Andre’s piano compositions were recorded in Ojai, California.

Children of the Sun, a song for global unity.

Composed and produced by André, lyrics written and sung by Saith, this song draws inspiration from ancient cultures and wisdom traditions that honor nature and the sacredness of life. The song urges us to step into ourselves and do our part to create a better world.

Creation: a musical composition dedicated to the creation of the universe.

Composed and produced by André Ripa, Creation features the voice of Peter Strauss speaking the Canticle of Creation written in 1224 A.D. by Saint Francis of Assisi.

Nai’a, a celebration of the dolphins, Hawaii’s ambassadors of Aloha.

Composed and produced by André, Nai’a features the voice and celebrates the memory of Aka (Haleaka Iolani Pule), a dear friend and teacher who initiated André’s work with dolphin-assisted therapy fifteen years ago on the Big Island of Hawaii. This song is a celebration of the Aloha Spirit, an energy fully embodied by both Aka and the dolphins. It is our intention to share any profits from this song with those who will continue to further Aka’s mission of Aloha in the world. You can participate by downloading Nai’a here.