Originally from France, André expressed an interest in music at a young age, working as a sound man for theaters in Paris. Over the past decades he has emerged as an accomplished hands-on healer and guide for the terminally ill, incorporating dolphin-assisted therapy, music and imagery into his practice.

Since 2002, André’s immersive studies with indigenous elders in Peru, Brazil, Hawaii and New Zealand have inspired his abilities as an intuitive musical composer, healer, and guide.

André’s vision for the future is to merge modern technology such as Virtual Reality with music and imagery for therapeutic use. 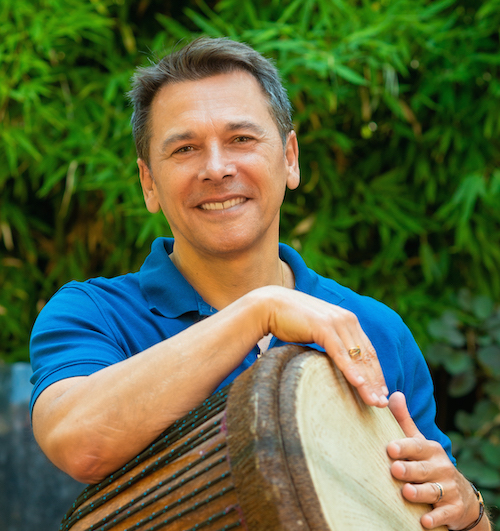 Creation celebrates a journey from the creation of the universe to the creation of new life, and the vibrant voyage in between. Creation was André’s first orchestral composition in 2012, and inspired him to compose more music in this style. Nearly a decade later, Chiara Mon Ange, a song evoked by the birth of his daughter in 2021, led to the album’s completion. Its musical progression invites the listener to plunge from the creation of the universe into the depths of the ocean, where dolphins guide them into mysteries of Egypt and the manifestation of The Great Pyramid. Rise Up, a song of rebirth, propels the listener toward a reunion of eternal souls and a celebration of discovering purpose and authenticity in one’s life, which ultimately and inevitably ends victoriously. 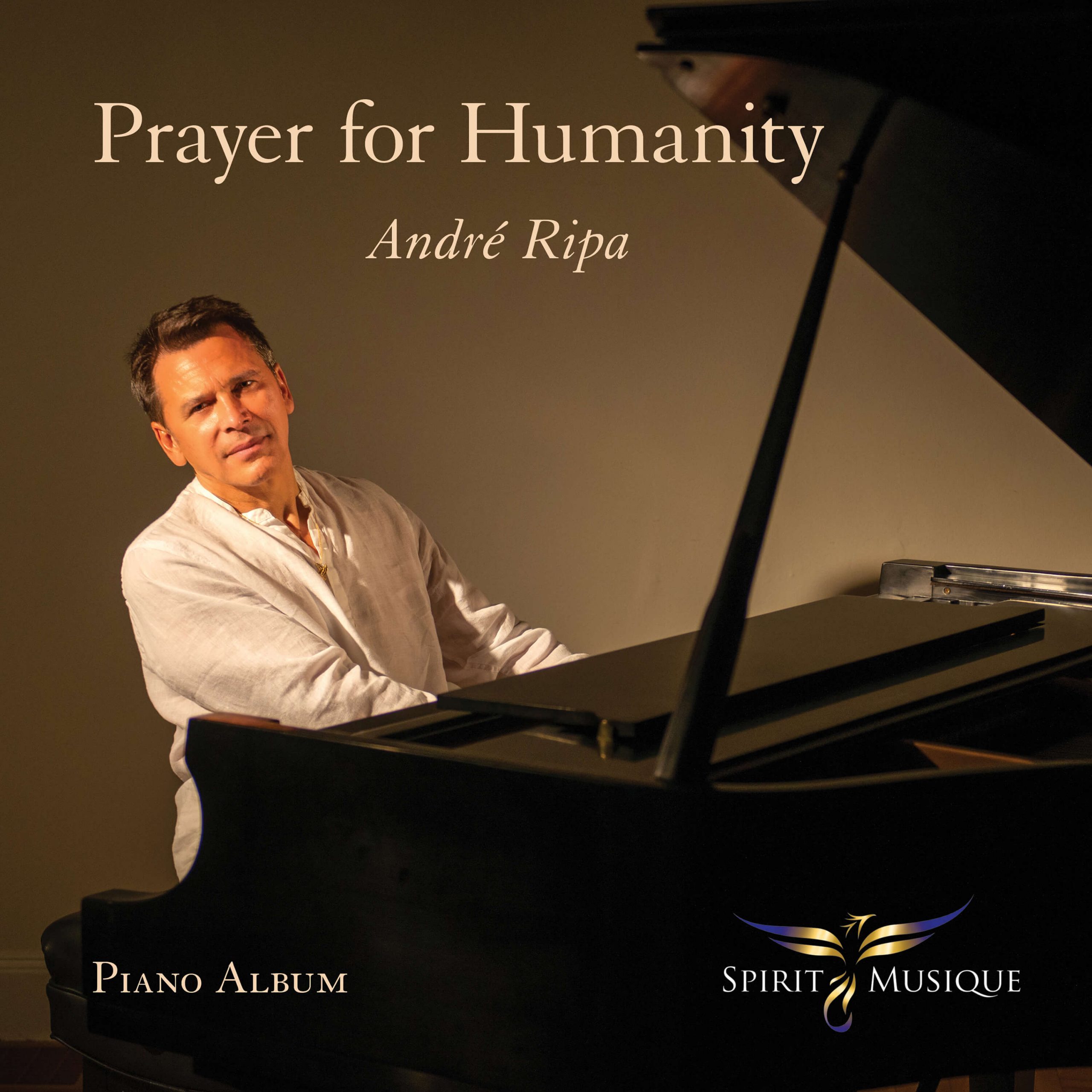 André was inspired to create the album Prayer for Humanity during the COVID-19 crisis. The collection of compositions carry a message of Love and Compassion for the world. Its title is inspired by the art of Lubosh Cech,”Night Prayer for Humanity”. André had the great pleasure to collaborate at distance with three talented musicians who bring beautiful additions to the piano: cellist Brianna Tam from North Carolina, guitarist Thomas Lyng Poulsen from the Netherlands, and duduk player Sean Pádraig from Austin, Texas. Andre’s piano compositions were recorded in Ojai, California.

Creating a platform for multimedia projects intended to uplift and promote positive change.

For many years, André has envisioned a multi-media stage performance merging healing modalities with entertainment technologies.

Since then he has nurtured its creation, allowing this vision to unfold and mature into various layers of development over the years.

André has personally produced experimental prototypes and has most recently been composing the accompanying music and visual elements.

Spirit Musique itself was formed from this journey, and the artistic offerings on this site are all imbued with the same underlying intention.

“Awakening”: a rendering of the ‘live show’ aspect of André’s vision